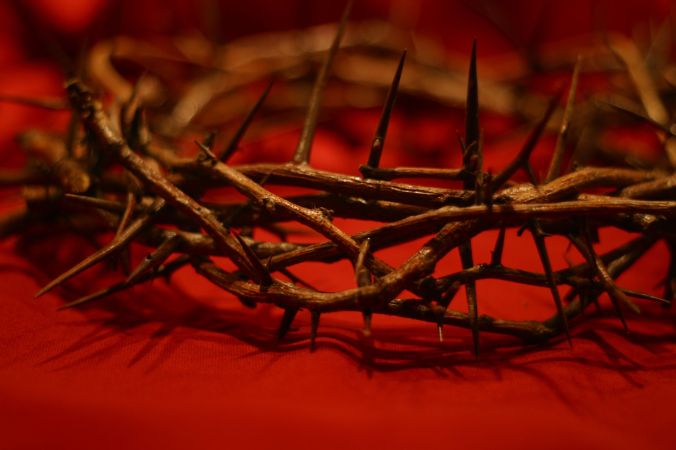 If your Christian experience has been anything like mine you would regularly have heard that Jesus went to the Cross in your place. The wages of sin is death, right? All of us have sinned and fallen short of God’s glory? And you’d agree that faith in Christ’s substitutionary act on our behalf is foundational to the gospel? OK, so far so good. And no, these are not trick questions.

But what if I said to you that’s only half the truth about what took place at the Cross? What if we’ve talked, read and heard so much about one aspect of our salvation story that we’ve neglected another truth……a truth of equal weight and importance? Wouldn’t that mean our revelation of redemption is incomplete?

Imagine you’re an alien newly arrived on planet earth. I explain to you that there is a wonderful thing called the sun which provides light and warmth to the earth every single day. That would be the truth. If, however, I neglect to also tell you only part of the earth receives sunlight at any given time, when night falls you will literally and figuratively be left in the dark. Having not received the whole picture, you will be severely limited in your understanding of how light works on earth and unable to function to your best potential.

I think we’ve done something very similar in the way we preach and teach salvation.

I think we have an identity crisis.

Jesus did indeed take a substitutionary role at Calvary, receiving the just wages of our sin in His sinless Body on a brutal Roman Cross. If we’re following Jesus it’s because we get that. We have heard and understood that by His suffering, death and resurrection, we were redeemed and reconciled to God. We have then determined to follow this Jesus who loves us enough to die for us, and continued on our way thankful for the grace that has been bestowed on us so undeservedly.

But the Cross is more than a place of substitution. It is equally a place of identification.

Jesus died so we may have a way back to God, but that does not mean we didn’t also die. As Son of Man He identified with humanity absolutely and irrevocably. He died still identifying with humanity, holding us to Himself, immersing us into death with Him. The sacrificial Lamb of God took in His own Body the full force of sin’s penalty, sparing us the agony of separation from God the Father. Yet in His death we were joined with Him, executed with Him and just as effectively died with Him.  He not only died for us, He died with us.

That me, that you, that were executed on the Cross are dead and will never rise. Where Jesus tasted death, but could not be held by death, we, His followers, did not merely taste death. We were completely swallowed up by it. We died. Every one of us.

The you that now follows Christ is not the old you renovated, restored or repaired. The you that follows Christ is an entirely newly created being. Why do we wisely nod our heads yet fail to live out this truth? Is it because we are earth bound? Is it because we cling to the dust-born identity of first Adam rather than the Spirit-born identity of last Adam?

The truth is the you and I that were irrevocably alienated from God through sin are as dead as old man Adam is dead. That old Adam we read about in Genesis is never going to rise. We will never run across him in the Kingdom of Heaven to ask him why he and Eve ate from that tree. Dust of the earth he was, and to dust he has returned.

Now, we may get to meet that Genesis Adam as a totally newly created being, but I doubt he’s going to want to discuss trees, except possibly the one he died on in Christ.

This week millions upon millions of Christians of all persuasions will celebrate the death and resurrection of Christ in many diverse ways, some with a conscious, worshipful understanding of the full salvation that took place at Calvary, others simply following ancient form and ritual, and many others somewhere in between those two points.

If we are of those who truly seek to follow Christ in spirit and truth, we can seize this opportunity for deeper communion with Jesus Christ by daring to adjust our perspective during this holy season. Instead of gazing in awe at the beautiful mystery of the Cross from a respectful distance, let us, with believing hearts, see ourselves nailed upon that Cross with Jesus. Let us see Him embracing us there, holding us there, encouraging us there, as we die with Him.

Then let us see ourselves taken down and buried in that cold dark tomb with Him, as the great stone is rolled into place.   Let us embrace Him there too, believing that the Spirit that raised Christ from the dead will also raise us in Him.

And then let us celebrate the resurrection of this One death could not detain, our Heavenly Man, Who raises us up in Himself, newly created, sustained by His endless Life, no longer dust of earth but eternal substance of Heaven. Let us behold ourselves as heavenly, resurrected spiritual beings, not earthbound beings waiting desperately for some future resurrection.

We once bore the image of Adam, who died, was buried and who, apart from Christ, will never live again. We now bear the image of the Resurrected Christ, the sinless Man who tasted death, decisively defeated it, and lives an endless Life.

By His death He did not remove the need for us to die, for we were intricately connected to the sin-bound first Adam. By His death, and ours, He both liberated us from first Adam’s DNA, and provided the endless Life by which we can live in and through Him, the last Adam, as newly created spiritual beings.  He rose as a Life-giving Spirit victorious, unconquered by death, and Firstborn from the dead. We rise as entirely new spiritual creations who can now only live and function in Him, by the Spirit.  The only Life we have is now His Life in us.  Anything we attempt outside of Him originates from our dead, first Adam nature and is wasted effort.

The Cross is two sided. One side is substitution, the other is identification. They cannot be separated without distorting the gospel. May God grant us the full manifestation of both these truths. Only by revelation of the sufficiency of our identification with Christ at Calvary can we begin to live, walk and function in the Spirit.

Even here. Even now. Even us.

© Cheryl McGrath, Bread for the Bride, 2016 and beyond.   Copyright Notice: Permission is granted to freely reproduce any Bread for the Bride articles in emails or internet blogs, unaltered, and providing this copyright notice is included.     To permanently display an article on any static website please contact me for permission.

13 thoughts on “The Cross and Our Identity Crisis”