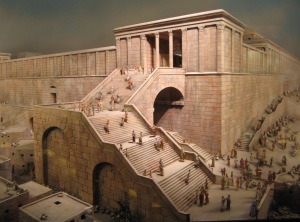 Dear friends of Bread for the Bride:

I am currently away taking a short break. Thankyou for your continued support for the Bread for the Bride blogsite since I started it in April 2012.  And if you are a new subscriber, welcome!  There are 193 articles and poetry for you to explore while I am away and I encourage you to take this opportunity to read and absorb some of the earlier Bread for the Bride posts that you may have missed.

In the meantime the subject that continues to burn in my heart at this time is The Kingdom of God.  I’ve scheduled the three part series Alter, Temple, Kingdom to be posted in my absence.   I believe the message shared in these specific posts is important and relevant to the Bride of Christ more than at any time in history.  I hope you will read or re-read Alter, Temple, Kingdom and share these articles among those who hunger for God.

It is still possible to comment, but comments will not appear or be responded to until my return.

I expect to be back posting again around the middle of July. Until then, keep shining.

For a much fuller understanding of this article please first read Altar, Temple, Kingdom Part One here.

Word spread like wildfire through the inhabitants of Jerusalem that amazing day.  Jesus of Nazareth was approaching the city!  Many had already witnessed his signs and listened intently to His teachings, but this day was different.  This day He was entering the city on a young colt, just like the prophet Zechariah had foretold.  Even those with limited or no education had heard about the prophet’s promise:  one day the King of Israel, the Messiah, would come, not with the usual fanfare kings demand, but humbly, seated on a donkey’s foal (Zech: 9:9).  Could it be that this was actually happening in their lifetimes?  Men, young and old, laid down tools and ran from their workplaces to see the spectacle; women followed, babes in arms; children, dancing with excitement, laughed and shouted.

“Hosanna! Blessed is He who comes in the name of the Lord!  The King of Israel!”  The atmosphere was electric with anticipation.  The King was here at last.  Now He would surely enter the city, raise an army, defeat the gentile occupiers and re-establish the ancient kingdom of David (Mk. 11:10).

But Jesus didn’t do any of those things.  Instead He prophesied the city’s destruction, weeping.  Then He headed for the great Temple, angrily upending the tables of the money handlers and the traders before sitting to take his usual teacher’s position before the people.

Later, as they departed the great building, when some of His disciples remarked on the temple’s grandeur, Jesus had this to say: “These things which you see—the days will come in which not one stone shall be left upon another that shall not be thrown down.”  (Luke 21:5,6)

The arrival of Christ into the world was nothing less than an audacious invasion, heralding a new and revolutionary season in God’s interaction with humanity.  From the moment His coming birth was announced by the archangel, a new spiritual season, the Season of the Kingdom, began manifesting on the face of the earth. And of this third and final season there would be no end (Luke 1:32, 33).   When Jesus came everything changed….forever.  The old Season of the Temple was quickly passing away.

God’s people had become comfortable worshiping Him under the rules of the Temple Season, but once again God was nudging His people forward into a spiritual atmosphere that was radically new and strangely unfamiliar.

“The time of this new season of worship is both now and will continue to come. God does not wish to dwell in a building made with hands with your rituals, laws and sacrifices.  If you wish to worship God you must learn to worship Him in the Spirit.”  To some, like the Samaritan woman conversing with Jesus at a well, His message was exciting and life changing.  To others, like most of the religious leaders, His message was alarming, unlawful, and extremely life threatening.

How then does this relate to our own individual journeys as Christ followers?  We have been born again of the Spirit in the ‘Altar Season’ of our spiritual lives;  by the Spirit also we have journeyed on into our ‘Season of the Temple’, that is the understanding that we do not live in Christ in isolation but are members of His spiritual Body on earth, the church.  And there the great majority of us set up camp and settle down comfortably (or not so comfortably) to see out the remainder of our earthly Christian existence.

Jesus arrived in an Israel where the people had passed form their Altar Season into their Temple Season, and from that atmosphere they were relating to God and to each other.  He came to reveal a new and final stage in their spiritual journey, the Season of the Kingdom.  But the religious leaders not only wanted to stay firmly rooted in the Temple Season, they wanted to keep the people there also.  They had a system where they enjoyed great power, position and prestige that was working for them very well and they liked it immensely.

For God, however, the Temple Season had only ever been a brief stop along the journey as He led His people towards the Kingdom.  He longed, not for a man made building erected as a monument to the good intentions of mankind, but  for a temple of living, human stones forged and fitted together by His Spirit (1 Peter 2:5).  He yearned for His people to come into the full revelation of His Son and the manifestation of the Kingdom He had bestowed on Him.  For God, the great temple with all its worldly beauty, was too small, too incomplete,  and well, too earthly.

Jesus wept over Jerusalem that day as He rode into her gates seated on a humble foal because He knew His people had rejected both His Kingship and His Kingdom.

“O Jerusalem, Jerusalem, the one who kills the prophets and stones those who are sent to her! How often I wanted to gather your children together, as a hen gathers her brood under her wings, but you were not willing!  See! Your house is left to you desolate; and assuredly, I say to you, you shall not see Me until the time comes when you say, ‘Blessed is He who comes in the name of the Lord!’ ”

The crowds who had so willingly thrown down their garments on the road shouting “hosanna” had wanted a King in name only who would free them to resume life the way they themselves wished to live.  They envisaged a political Kingdom after the fashion Israel had experienced under the reign of the legendary King David, free of foreign occupation and victorious over surrounding nations.  But for this spiritual Kingdom Jesus taught about, most had little desire or interest.

In AD70, just one generation after the time of Christ, Jerusalem was sacked by the Roman Emperor Titus. The great second temple was destroyed by fire and multitudes of Jews killed or exiled. The Jewish historian Josephus, an eye witness, described the destruction of the temple in these terms:

“As the flames shot up, the Jews let out a shout of dismay that matched the tragedy; they flocked to the rescue, with no thought of sparing their lives or husbanding their strength; for the sacred structure that they had constantly guarded with such devotion was vanishing before their very eyes.”

The remnant church Jesus left on earth with a handful of Jewish and later Gentile believers did not live their lives within the fading Temple Season.  They were learning to live in their Kingdom Season and teaching new converts to do the same.  For a few hundred years after Jesus ascended, that is how His church lived –celebrating the Kingdom He had established on the earth.

Soon after the deaths of the early leaders, however, other leaders arose who led the church back into the bondage of the Old Covenant with its hierarchy, rituals and adherence to law.  The church was dragged back into the Temple Season, church buildings became the new temples, a priestly class was reinstated and ceremony became honoured above the presence of the Holy Spirit.  The gospel of the Kingdom was diminished to a gospel of salvation, and even that was perverted to a message of salvation by works.  And there the church remained for many dark years.

The great majority of those seeking to follow Christ today are still living within their Temple Season.  The gospel preached under that system is a gospel that has been reduced to a salvation message alone.  The gospel of salvation through Christ is entirely wonderful and is vital to entering the Kingdom (John 3:3), but it is not the full gospel of the Kingdom that Jesus preached and left with His church.  The gospel of salvation is the gateway, but not the fullness of the Kingdom.  When Jesus said ‘go into the entire world and preach the gospel” He was referring to the fullness of the gospel, not a portion of it (Mark: 16:15, Matt. 24:14).

The Kingdom is among us here and now as it has been since Christ’s days on earth.  But the Kingdom cannot flourish under the limitations of the Temple Season.  The old must give way to the new.  Furthermore, those comfortable within the temple system can in no way preach the Kingdom Jesus preached because they have yet to receive and embrace it.

As the return of our King draws nearer His Kingdom is once again increasingly manifesting on the earth and will continue to do so. As for the Jews of 70 AD, the sacred temple structure that we have constantly guarded with such devotion is vanishing before our very eyes.  For some of God’s people, that fact may prove more than a little inconvenient.  Those who will receive and run with it, though, are on the threshold of something far greater than they have ever witnessed.

Stay tuned for Part Three of Altar, Temple, Kingdom, when we will explore in more depth this gospel of the Kingdom and its current season.

© Cheryl McGrath, Bread for the Bride, 2014   Copyright Notice: Permission is granted to freely reproduce any Bread for the Bride articles in emails or internet blogs, unaltered, and providing this copyright notice is included.     To permanently display an article on any static website please contact me for permission.