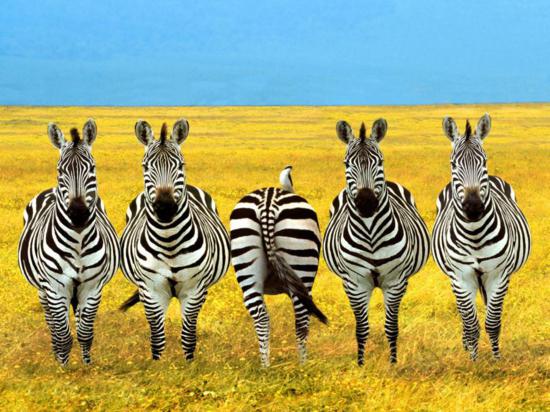 As the mother of a son with Asperger’s Syndrome I’ve had years of opportunity to observe challenging behaviours.  Our youngest son, ‘P’ (now 27) has been a constant source of baffling behaviours threatening our family’s accepted ‘norms’ for the last 27 years.

The moment comes to mind when he suddenly jumped up and placed an uninvited big wet sloppy kiss on his speech therapist’s cheek as she slowly articulated essential vowels.  He didn’t understand her shocked look of horror or overly sharp verbal reaction.  He just didn’t get it that this twenty-something very serious young professional female would be anything but delighted at such an inappropriate display of undying love from a seven year old.   With a confused P in tow I sighed deeply and set off to find a more ‘understanding’ therapist.

“How old are you?” he would demand of anyone visiting our house, from the elderly relative to the unsuspecting man from the electricity company come to read the metre.  His overly large frame and thick glasses robbing their personal space to the best of his capacity, the intensity of P’s stare would make it clear his life’s happiness teetered on their willingness to answer that deepest of questions.  Most of us would consider his behaviour rude, but in P’s world his question was as natural as day following night.  In the end I found it easier to give up rescuing the confused, often offended, visitors from the unknown realms of  P’s worldview with exhaustive explanations about his disability.  Resigning myself to the inevitable criticism as the world’s worst mother I would simply smile sweetly and excuse myself to check what was burning in the kitchen.

P’s habit of eating the paper from his school notebooks had his high school teachers unnecessarily alarmed.  They insisted the books were for advancing his education.  P, on the other hand, found more attraction in advancing his knowledge of texture and taste and didn’t understand what all the fuss was about.  The more concerned they became, the more he laughed gleefully, not out of defiance or rebellion,  but because it delighted him that he obviously understood something those more knowledgeable than him were incapable of perceiving.  The fact that such behaviour was seen as not ‘normal’ in a privately run Christian educational facility where everyone instinctively knew what was appropriate behaviour, and what wasn’t, completely passed him by.  Again, he just didn’t get it.

Challenging behaviours, however,  aren’t always constructive.  Standing out the front of the house on a hot day throwing eggs on the roof ‘to see if they would fry’ was definitely not a habit I wanted to encourage.

Thankfully, there are a few people in the world who do their best to accommodate P’s different take on things.  My local bank clerks tell me they don’t mind at all when he sits down on the floor in the middle of their customer waiting area, empties the contents of his backpack onto the carpet until he finds his lunch, and proceeds to eat and drink obliviously.  Once they apparently had to ask him if he’d move back slightly to enable waiting customers to make their way to the counter, which request of course P was only too happy to oblige.  The bank tellers, having wisely befriended P over several years as he regularly does his banking, understand P is not being deliberately difficult.  They get it that P lives in a different dimension where everything he does and says is the norm, and his greatest challenge is finding himself locked into a world where everyone else displays challenging behaviour.  Thankyou Lord for tender mercies!

As for me, well among the many things P continues to teach me is that challenge is good for my soul, and normal is just a dial on my washing machine.  I have absolutely no doubt he was sent by God to teach me things I never would have learned otherwise.

If anyone in history ever exhibited challenging behaviours, it was Jesus.  Take Matthew 8:1-15 for example.  In that one small scripture passage alone it seems like He went out of His way to defy several of His culture’s most common expectations.  First,  we see Him touching a leper.  Leprosy was the most shameful of diseases in Biblical times.  The law of Moses laid down specific instructions to be applied to those found with leprosy.  They were to live outside the city, they were to be isolated from society and shunned, they were to call out ‘unclean’ if anyone approached, and above all they were not to be touched.  The one thing a leper never experienced was human physical contact, but Jesus reaches out and touches him.  What?  Could there be anything less appropriate and anti-social than for a holy man to touch what is unclean?  Didn’t Jesus know what everyone else did:  that this man had sinned and His leprosy was God’s just punishment?  How dare he seek cleansing.  Worse still, how dare Jesus provide it!

Next we hear of a Roman centurion, a gentile, pleading with Jesus to heal his very ill servant.   This in itself was unusual because under Roman law the centurion had the right to end the life of any servant who could no longer serve him.  Servants were not hard to come by for Roman centurions.  Again, Jesus astounds everyone around Him by offering to come to the gentile’s home.  It was common knowledge Jews did not mix socially with non-Jews, and especially the heathen Roman occupying forces.  The very suggestion was offensive.  Gentiles were idol worshipers who did not follow Israel’s God or obey His laws.  Gentiles were to be avoided at all cost.  But Jesus obviously just didn’t get it.

Not content with having behaved inappropriately with a leper and a gentile, Jesus now shockingly turns His attention towards a woman.  Peter’s mother in law is lying sick with a fever.  We can only speculate why the mother of Peter’s wife was staying in Peter’s house.  It could be she was widowed and had no sons to care for her in her senior years as was customary, or possibly any sons had died.  Whatever the case,  on entering the house Jesus sees her and without even asking goes to her, tenderly touches her hand and raises her up from her sickbed completely healed.  Jesus, did no one ever teach you Jewish rabbis do not acknowledge mere women, let alone actually touch one?  It’s simply not done around here.  Women are meant for serving and child rearing and this woman’s prime has past.  She is next to useless.  The proper thing for You to do is to concern yourself with important matters like training up men  to lead Israel, fighting oppression and delivering us from Roman rule.  Let old women take care of themselves.  You’re needed elsewhere.

Let’s face it, Jesus and His challenging behaviours were just plain embarrassing to everyone who knew Him.   Jesus never upset people simply for the sake of being different.  There was nothing destructive in His breaking with convention.  But tradition meant little to Him when it stood in the way of relationships.  He saw the law as being for man and not man for the law. He valued demonstrating God’s love to the outcast and downtrodden far above compliance with “normal” practice and long held customs.

And we can only imagine what challenging behaviours Jesus might embarrass us with if He turned up in our home town in this modern enlightened era.  Would we find Him down at the local pub enjoying the company of alcoholics and gamblers while they listen intently to His stories?  “No man ever spoke like this man” they might be heard whispering to one another.  Would He happily accept that dinner invitation from the homosexual couple who live down the road from us, even though they’ve never even shown any signs of repentance?  Would His laughter ring out loudly from the local home for the intellectually disabled as He delighted in their insights and quirky personalities, preferring them to our Bible study group?  What a shame Jesus isn’t here in the flesh to answer all these musings.

Excuse me while I  just duck off to the kitchen.  I’m sure there’s something burning.