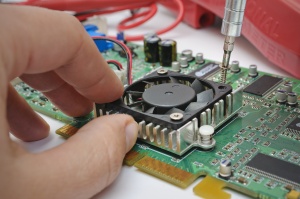 The doctor’s manner was courteous as we entered his consulting room, even if somewhat abrupt. Mr. P and I are no strangers to medical waiting rooms with their clinical atmospheres, hushed tones and oh so efficient receptionists. This day we had sat for an hour and a quarter past our appointment time, but the building was state of the art, and the padded designer chairs (for once) comfortable. There was even a purpose built coffee shop, presumably to appease bored patients not content with the water cooler and brightly coloured magazines. It was obvious from our luxurious surroundings that this medical specialist was doing rather well for himself.

Mr. P is my thirty year old eccentric, electronics obsessed, Jesus loving, gentle giant of a son. He also happens to carry a few other man-made labels, including Asperger’s Syndrome. I shared a little about some, er, more adventurous moments from Mr. P’s childhood in an earlier post here. Going anywhere with Mr. P can be either an excruciating exercise in embarrassment or a not to be missed opportunity to learn new and inspiring wonders, depending on which way you choose to look at it. This occasion was to prove no different.

We were there to have Mr. P’s rather painful knee checked out by the orthopaedic specialist. Far from being a reluctant companion, Mr. P was enthusiastically looking forward to his encounter with the learned gentleman as he sat, chatting incessantly, beside me in the waiting room. Perhaps this would turn out to be an opportunity for Mr. P to share with the doctor his vast understanding of intricate medical procedures gained by watching his favourite TV hospital reality shows. I had seen him do this in other medical appointments, with various and interesting responses from the doctors in question. No matter how they react Mr. P is not fazed. Nothing can daunt his very high regard for the medical community.

The first thing Mr. P did as we entered the consulting room was place his very large, very heavy backpack on the floor between the doctor and his desk. (Mr. P never leaves home without a bag full of computer parts, gadgets and latest garage sale finds – just in case they’re needed. And, like most aspies, aka Asperger’s sufferers, Mr. P has little regard for other people’s personal space.) Obviously annoyed, the specialist instructed him sharply to move his ‘accessories’ to another part of the room. Things hadn’t started well.

Next there were some probing questions which Mr. P. tried hard to answer without reverting too much to the medical terminology he’d learned watching RPA (Australian reality hospital show). “Tell me how much this hurts”, said the specialist as he squeezed the knee in question at several different locations, “on a scale from one to ten”. “Five” said Mr. P thoughtfully, ‘six’, OK that one’s an eight”. Numbers are something Mr. P can handle. He stores numerical information in his brain like a hard drive stores data. He doesn’t always manage to put his shirt on the right way round, but he can tell you the length and weight of the world’s longest ocean liner or the exact height of Kilimanjaro.

This isn’t going too badly, I thought, relaxing back into my chair a little.

The esteemed orthopaedic surgeon is now concluding his examination. Looking down at his notes and mumbling somewhat incoherently he begins to verbalise lengthy, detailed instructions to Mr. P.  Most importantly Mr. P is to keep a written record of pain levels several times a day for five days to be brought to the next appointment.

Mr. P looks confused but nods his head wisely, not wanting to disappoint his medical friend by letting on he’s not able to carry through this plan. Mr. P and I both know he can barely write his first name, let alone keep the very exact written records the doctor is requiring. I also know that as soon as Mr. P gets home and starts tinkling with his latest electronic project – did I mention he builds his own computers? – the doctor’s instructions will be history.

I shift uncomfortably back to the edge of my chair. The doctor knows he is speaking to a person with significant cognitive disabilities. Is it impatience I sense in his voice? Or is that a slight hint of contempt I’m detecting?   Ah, now I understand! The specialist is a busy and important man with many patients to see today. He really doesn’t have the inclination to deal with someone who obviously isn’t, well, whatever passes for ‘normal’ in his world. Perhaps if he makes it difficult enough Mr. P and his mother will take their knee problems to another practitioner, relieving him of the burden of having to treat someone who, to his mind, is going to be a little ‘different’.

I explain to the specialist that Mr. P, who lives independently with drop in support, will have a problem completing the pain diary. But no alternative is offered and the appointment is over. Mr. P and I are moving towards the door now, and I am already focusing on how to assist Mr. P with a task he can’t complete.

It’s then it happens…. one of Mr. P’s magic moments as I’ve come to call them. I’ve lost count of the amount of times I’ve witnessed these moments, but still they always take me by surprise and leave me shaking my head in awe of my unpredictable, radical, amazing God.

As the doctor moves to close the door behind us, Mr. P turns, all six foot three and 240 pounds of him, his face beaming from ear to ear, looks him in the eye and holds out his right hand. In an instant the medical man, moments ago so professionally aloof, is fumbling with confusion. He is above spontaneously shaking hands with patients. It isn’t done in this practice, thank you very much! He is the one supposedly in charge here, but in the twink of an eye the tables have been turned by a young man half his age….a young man with disabilities that have prevented him picking up on the nuances of social interaction that are crystal clear to most of us.

Unable to move forward, the man tentatively takes Mr. P’s outstretched hand and shakes it weakly, then nervously goes to close the door. But Mr. P is not finished with him. And there’s no getting past that massive frame filling the doorway. “I want you to know you are a very good doctor. Thankyou for seeing me today” says Mr P. sincerely, looking directly into his face with unconcealed admiration.

There He is again! My Jesus. Doing that thing He does. Proving one more time how He LOVES to choose the (so-called) foolish to confound the wise; outrageously choosing to pour out His abundant grace all over the mighty of this world, using human vessels none of us would think to choose.  There He is!  Scandalously disarming this proud, condescending, highly educated man with not so much as a ‘may I?’ There He is! Reaching brazenly in – beyond that tough outer crust, beyond the cold detachment, beyond the walls this man has spent years building around himself – to tenderly touch his fortressed soul with His pure, uncomplicated Love. Who is this God who so deliberately chooses the fragile, the powerless and the marginalised to shout out His love to the universe?

Stealthily, unnoticed by the world outside, God has visited this man today to bless, love and affirm him. He has come disguised inside a gentle unquestioning giant in whom He has found a safe place to rest His all-embracing Love. Struggling to find words, the doctor makes eye contact with Mr. P for the very first time this day, muttering quietly and awkwardly: “thankyou, that is very kind of you.”

The moment is over within seconds. Mr. P is light-hearted as we walk away, not noticing the tears threatening to spill out of his mother’s eyes. As I drive him home his conversation returns to his latest electronic project, the new equipment he needs to save up for and how good life is.

It’s simple, this gospel we carry. So simple we can hardly bear it. God is Love. No wonder He chooses the base and despised of this world as his Love vessels. They don’t complicate things. They simply take Him at His word and get on with life. By Kingdom standards, it’s those who build emotional fortresses around themselves that are truly disabled, not those the world calls disabled.

Mr. P does numbers, he does them well. Better, Mr. P does Love – like no one I’ve ever known. The Mr P’s of this world are all around us, especially chosen by the King as His Love bearers extraordinaire. But it’s so easy to miss them. They do their magic quietly while most of us are occupied with what we think are life’s main events. Then He moves them on to be poured out again over the next unsuspecting, needy soul. They don’t need the accolades others crave. It’s enough for them that they are loved by God and that God chooses to love through them. They leave the rest to Him.

© Cheryl McGrath, Bread for the Bride, 2015 and beyond.   Copyright Notice: Permission is granted to freely reproduce any Bread for the Bride articles in emails or internet blogs, unaltered, and providing this copyright notice is included.     To permanently display an article on any static website please contact me for permission.