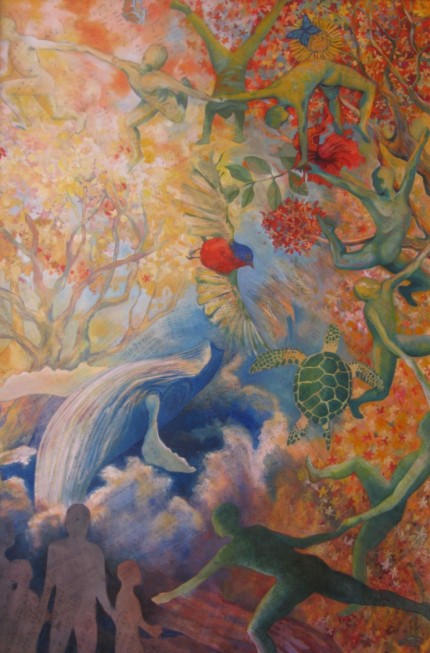 In Australia we often say a son or daughter is the “spitting image” of his or her mother or father.  Basically it means “to see the child is to see the parent”.  Remember Jesus telling Philip that if he had seen Him, he had also seen His Father (John 14:9)?  Jesus is the express image of His Father (Heb. 1:3)  That phrase, “express image” is used only once in the entire New Testament and literally translates:  ” the exact expression (image) of any person or thing, a precise reproduction in every respect”. Jesus is ‘the spitting image’ of His Father; He is the one and only precise reproduction, with no differences and no flaws.   The full measure of the Godhead dwells in Him (Col. 2:9)

The Bible often speaks in terms of both shadows and images.  Our shadows are a likeness of us, but they are not substance. For instance, the Old Covenant law was merely a shadow, but was not the image or substance of what has now become available in Christ (Heb. 10:1). As New Covenant people, our calling is not as shadows of Christ, it is to be exact images created IN Christ (Eph. 2:10).  I don’t want to be Christlike, I don’t want to imitate Him, because then I will merely be a shadow of Him.  I contend that I am IN Christ, being conformed by the Spirit of God into His very image (2 Cor. 3:18; Romans 8:29).

God is a creator, not a renovator.  He is not interested in fixing us up so we look good.  His intention is not to remodel us into Christlikeness.  His only plan for our old, pre-Christ life is to crucify it, not restore it.

Since Calvary, every true follower of Christ who has walked this earth is and has been a newly created being.  When we were born again brand new life was breathed into our spiritual nature by the Spirit of God, just as in the beginning (Gen. 2:7).  Each of us became a brand new creation in Christ Jesus, together forming a race of beings this earth has never before known.

Therefore, if anyone is in Christ, he is a new creation; old things have passed away; behold, all things have become new (2 Cor. 5:17).

In our old, pre-born again life we bore the image of first Adam, who was made from the earth’s substance: dust.  We are now the Christ race, newly created, made from Heavenly substance and bearing the image of the last Adam, Jesus Christ.

And Adam lived one hundred and thirty years, and begot a son in his own likeness, after his image, and named him Seth (Gen. 5:3).

It gets better: His fullness is being poured into us (John 1:16).  And we don’t have to wait for some Heavenly afterlife to start bearing His image.  Right now, today,  we are being transfigured from the shadow-like glory of the old man of dust into the ‘spitting image’ glory of the Heavenly man (2 Cor. 3:18)

So let’s stop all the religious nonsense about becoming “Christlike”. This is not pie in the sky;  if you will receive it , it is reality.  In Christ, we New Covenant believers have absolutely no connection to the former creation of Adam.  We are created of heavenly substance, of Spirit, not dust. The only parts of us still waiting to be fully redeemed are our physical bodies, but our spirits are free to soar in the heavens and our very minds have access to the thoughts of God (1 Cor. 2:16).  Truthfully, the human race is now divided between the living and the dead.  Why seek the living among the dead?

7 thoughts on “Becoming Christlike? I Don’t Think So!”